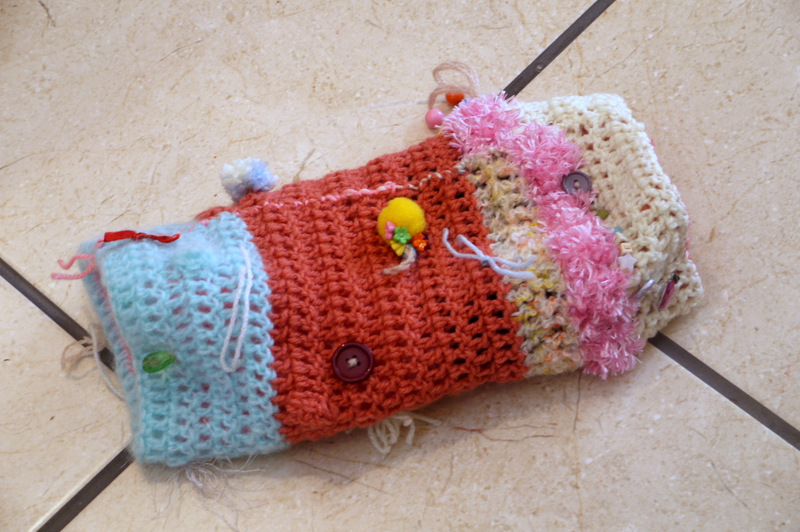 Unusual crochet to inspire you to think out of the box.

Unusual crochet to guide you away from the humdrum and the tedious and get your right brain cells working.

Inspirational crochet to "oooh" and "aaah" at.

Odd crochet to amuse you.

There's some amazing stuff that people are creatively crocheting.

Hats for instance. Id take my hat of to the person who first thought up the pony tail hat - if I was wearing one. To be honest, if I were wearing a pony tail hat I'd most definitely take it off.  I wouldn't put it on in the first place.  Ingenious mind you and I think the idea has been going on for decades.  I remember them back in the 1960s.  Not many people wore them then either

Its kind of like a cross between a plant pot and a teacosy. Besides looking a bit peculiar it must be a bit of a faff getting your hair through the hole and then styling it.  Best only for someone with time and who is going to be keeping it on their head for a good while

But heyho.  It seems to me like theres quite a few think it' a cool look.  You can even poke a hair bun through it if you like

But that's quite normal really -  you won't believe until you see some of the weirdness that is being produced Hold on to your hats - what a rollercoaster of strangeness!

Only for kids or the very brave but nevertheless  undoubtedly useful (I'm sure).  Put every other crochet project you currently have on the go to one side and urgently make yourself some facial hair. You know you need it!

Tree Cozy - also known as yarn bombing - great fun, and yes, you heard me right I said tree cozy not tea cozy. Who has the time and patience for this stuff?  But I have seen this done first hand and it does look fun and spectacular especially when bright colours are used

And its not just for trees either - take a look at some amazing things you can smother with crochet (or knitting if it takes your fancy): Crochet yarn bombing

I am beginning to wonder - if I tapped any subject whatsoever into google and put "crochet" in front of it, would I find someone somewhere in the world who has done a crochet version..... such as "crochet landing on the moon" "crochet pack of cigarettes", "crochet cow pat" ..... you get my drift.....

There's an awful lot of plain ugly stuff around too.

Take these ugly crochet shorts  for instance - trendy or what?

Now, talking about thinking outside the box, and coming back to this very site, did you know that you can use up all your old plastic shopping bags/carrier bags and knit or crochet them up into a new and really strong shopping bag? (or anything else you fancy) - if you can be bothered
Plastic bag crochet

...... do you own a chicken? - apparently these crochet chicken jumpers are a must-have for rescue chickens