Treble crochet, also known as trebles, or if you are in the UK, double trebles, is a very quick stitch to work. It is rarely used on its own because it is so open, rather it is usually used in combination with other stitches to form stitch patterns or can be used as a section made fro threading or weaving ribbon through as an embellishment

It will be easier first to learn to make a double crochet stitch (UK treble stitch) before you attempt this, because really it is just an extension of double crochet - with an extra twist.

Begin by making a length of chain 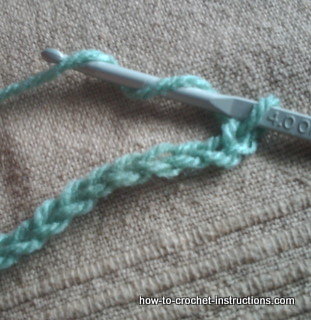 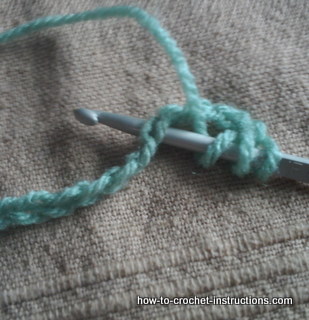 insert your hook into the 5th chain from the hook 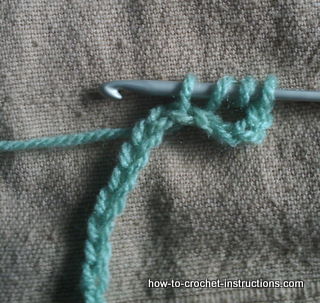 Hook the yarn and pull it through.  This will leave 4 loops on your hook 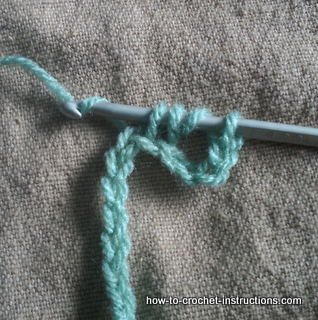 Next hook the yarn up... 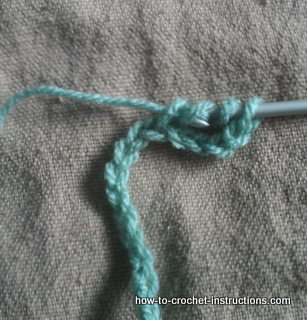 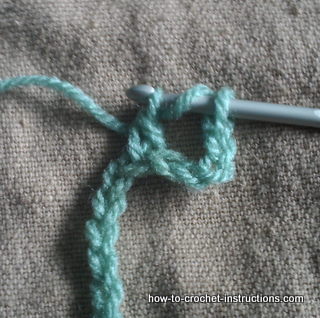 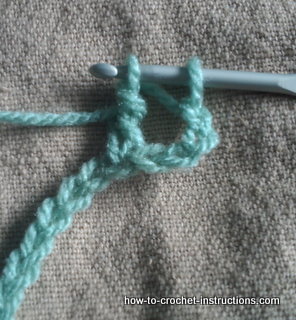 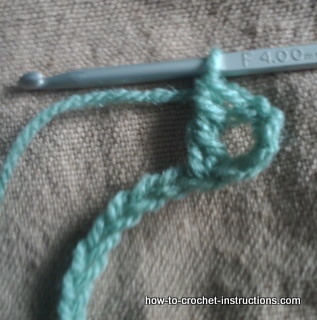 and once more to finish with one loop on the hook 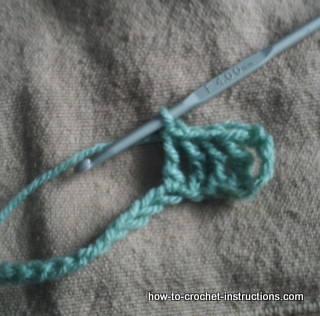 Repeat this into every chain.

For the next row, continue as you would with double crochet. The only differences are that you should wrap the yarn twice around the hook before inserting it into each stitch and you should make a turning chain of four stitches instead of three at the end of every row because of the extra height of the row

You will notice that this is a longer stitch than double crochet. You can make your stitches as long as you like. The more times you wrap the yarn around the hook before inserting it, the longer your stitch will be. Just remember to pull the yarn through 2 loops at a time until there is only one loop left on the hook.